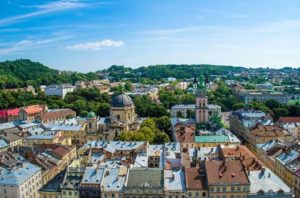 Ukraine is one of the largest and most fragile successor states of the USSR. Since its independence in 1991, it has not been able to achieve political and economic stability and still struggles with the transformation problems of post-socialist societies.The nonstrategic situation and importance of Ukraine stood in the way of a clearly pro-Western course determination – unlike in the Baltic States and neighboring EU countries – from the outset; And the foreign and security policy orientation in the tension field of Western and Russian interests developed into a highly complex balance act for all parties.

In the general perception, however, Ukraine only appeared when its crises sharpened sharply, as in 2004, when the “Orange Revolution” forced the repetition of the election as president. This changed suddenly with the “Euromaidan”, the protest of the Ukrainians against the non-signing of the EU Association Agreement by the Russian-friendly government and the Russian reaction to it.The annexation of the Crimea and the systematic support of the separatist movements in Donbass since summer 2014 .

Although we are now confronted with bad news from Ukraine almost every day, the fewest Germans have an idea of the actual living conditions on the ground, the turbulent history and the rich culture of this country, with which we are not least one of the cruelest episodes of the Second World War combines. The attempt to understand Ukraine is at the same time an attempt at self-understanding, a self-understanding of our own history interwoven with Eastern Europe, and what we want to defend as European, democratic and social achievements, especially in times of crisis.

The journey through Ukraine will set three regional and substantive priorities. First station is Lviv (Lviv) in the west. From there we drive to Kharkov near the Russian border. Last stop is the state capital Kyiv (Kiev). Of course, we will comply with the travel warnings of the Foreign Office and the German Embassy in Kyiv and will not travel to the crises in the south and southeast of the country. If the situation also destabilizes in the east, the travel schedule will be adapted accordingly.

During the journey, we will meet people from all areas of social life. Especially the encounter with students should help to understand the reality of life on the ground. In addition, the plans focus on the current political and economic situation of the country, the special role of Germany and the German-Ukrainian relations as well as the situation of the religious communities, churches and denominations in the Ukraine.