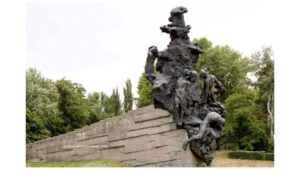 Further information and registration at http://www.bpb.de/246266.

The focus of the study tour is on the reflection of the historical development in the context of the current situation in Ukraine. The journey is devoted to the study of the communist legacy. During the program, the participants are informed about the current conflict lines of the discourses of history and the effects of the so-called “Decommation Act”, but they also get an insight into the history review. The Second World War. In addition, Lead to unknown and / or forgotten places of remembrance, and involve discussions with scientists, historians, representatives of NGOs and state institutions. The current political, economic, social and cultural situation of the country is also on the agenda. The study tour includes participation in the international conference in Kiev around the “forgotten places of the Holocaust” in Ukraine and Eastern Europe. In addition to Babyn Jar, there were numerous other places in the Ukraine where massive massacres took place. These shooting places and mass graves are largely unknown – both geographically and memorably. This “forgotten” place is to be addressed in the framework of the lecture, and this is why public awareness is being raised. The appraisal should include An overview of the state of research, history discourses and current conflict lines in historical debates in the countries of the Eastern Partnership, as well as the networking and exchange of the actors in the field of remembrance work in Eastern Europe and the exchange of didactic strategies for the education work on the Holocaust and the Second World War.